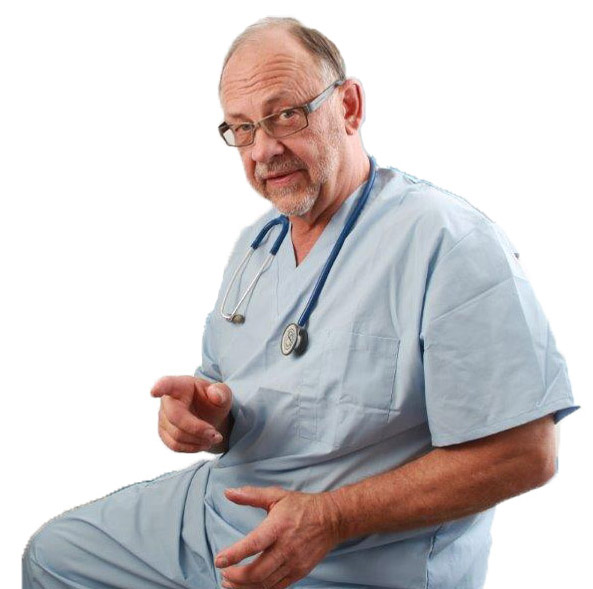 Menopause is a natural stage in a woman’s life that takes place when physical and psychological changes occur as a result of reduced production of estrogen hormonesby the ovaries. It is generally indicated when menstruation has not occurred in 12 months or more. For most women, menopause occurs between the ages of 45 and 55.

The transition to menopause, called peri-menopause, begins when a women’s periods start changing. Menopause can be natural (as a result of age) or surgical (as a result of surgery such as having ovaries removed). Regardless, it marks a new phase in a woman’s life, in which she could spend one-third of her lifetime.

The hormonal changes affect many aspects of physical and emotional well-being.

Night sweats and hot flashes are the most common signs and symptoms  — the sudden onset of the sensation of heat with accompanying reddening of the face, neck and upper torso. Hot flashes are often followed by a period of profuse sweating that can last anywhere from a few minutes to a half hour. These changes may be short-term and generally resolve over time with treatment.

Vaginal dryness is a major symptom in many women. Lack of estrogen causes the vagina to shrink and lose elasticity. As a result, the vaginal lining thins and becomes dry, leading to irritation, itching and burning. Sexual activity is often limited as intercourse becomes difficult and painful.

Urinary problems become more common. The lining of the bladder and urethra–the tube leading from the bladder which allows for urination — thins making the urinary tract prone to infection. In addition, women may develop urinary frequency, an increased sensation of the need to urinate. Some loss of bladder control can also occur during coughing, sneezing or laughing.

Mood swings or a variety of  emotions, are often experienced by postmenopausal women , due to changing hormone levels. Hormones directly affect the level of certain brain chemicals and blood flow which, in turn, affect moods. Common symptoms are difficulties with concentration and memory, depression, tearfulness and anxiety. In addition, loss of self-esteem and self-confidence have been identified as very important issues at this stage of life.

Menopause is a time for important new health considerations. Changes in body chemistry occur during menopause which may not cause difficulties until later in life. The most serious problem which can result due to the drop in estrogen levels is heart disease, the leading cause of death in this age group. Heart disease kills nine times more women at this age than breast cancer.

Osteoporosis, a thinning and weakening of bones, is another concern. After the age of 35, bone density starts to decrease, making bones thinner and weaker with age. The speed at which this happens increases after menopause because of the major decline of estrogen production which normally acts to preserve bone density. One in four women will develop osteoporosis and be at increased risk for fractures, especially of the spine, hip and wrist.

Many women opt to compensate for the decrease in their estrogen levels by taking estrogen (estrogen replacement therapy – ERT) which provides relief of the symptoms of menopause in addition to providing long-term health benefits with respect to bones and the heart. ERT is available in several different forms including pills, patches, vaginal creams and gel. ERT has been widely studied and used for more than 50 years. It is the most common form of therapy to help with the symptoms of menopause.

There are a number of natural products and vitamins (Vitamin E, Vitamin B6) which may be helpful in alleviating symptoms of menopause. Extracts of the soy bean have been shown to not only lessen symptoms but actually reduce the risk of heart disease, osteoporosis and may also reduce the risk of breast cancer. Exercise and diet are crucial in maintaining heart and bone health.